Our two track athletes both won gold medals! Annabelle ran the 150m, placed first in her heat, and then won the 150m Final. Holly ran the 600m, placed first and also won a gold medal. Annabelle then went on to run as part of the RBWM relay team who came second and won herself another medal, this time silver.  It was then our field athlete, Ruby, who took part in the shotput and won a marvellous bronze medal. 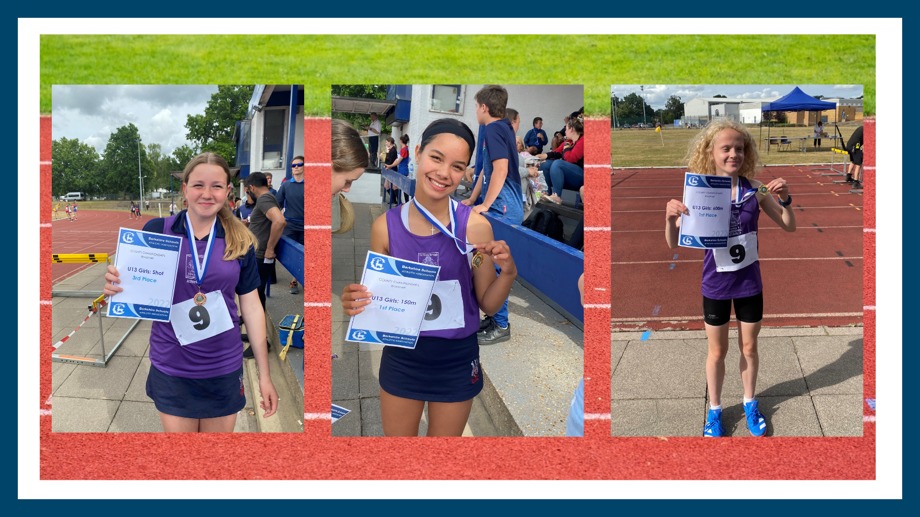 A huge well done to the students for doing a great job of representing the School and the Borough, we are very proud of them.

Well done to all who took part, it has been a good sporting fortnight for Year 7!