History of the School

Charters School opened its doors on 23 April 1958 to just under 400 students. A service of dedication was held in the school hall on 17 December 1958 and the students were given an extra half-day’s holiday to mark the occasion.

The origins of our school crest stems from the day on which we opened, 23 April – St. George’s Day. 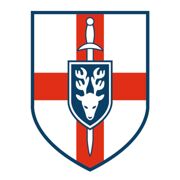 Shakespeare’s birthday is April 23, and he is represented on our school crest with a dagger, a key feature in many of his plays. The red cross pays homage to St. George’s Day, which is celebrated on the same day and the stag represents the county of Berkshire, which was made a Royal Borough in the same year that Charters School opened.

Our school mascot, Waddleton, is a toy stag named after our first Headteacher. 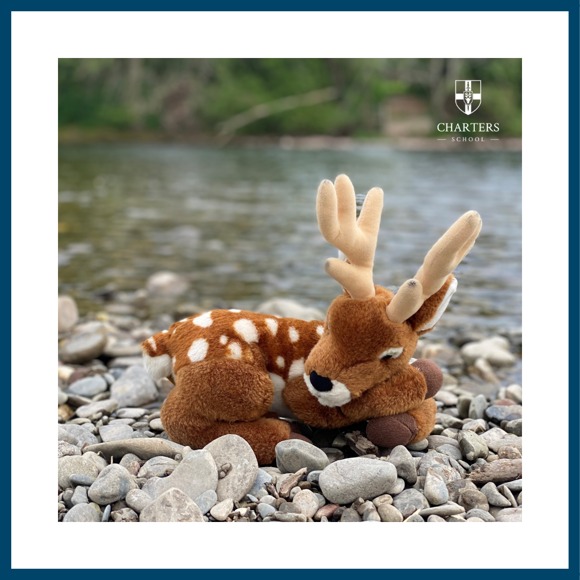 John Waddleton taught at Charters from 1958 until his retirement in 1976. Below he can be seen showing Queen Elizabeth around our school when she visited in 1962. 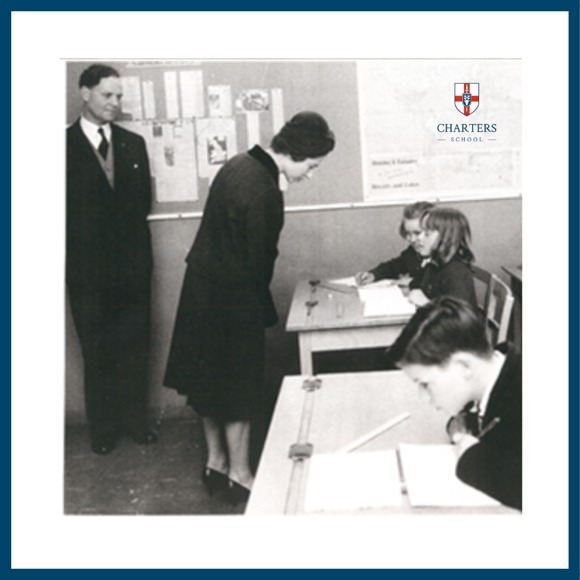